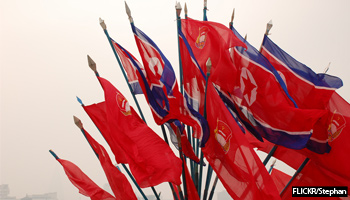 North Korea has taken a number of recent steps that raise the risks of miscalculation, inadvertent escalation and deadly conflict on the Korean peninsula. On 12 December, it launched a small satellite into orbit in defiance of UN Security Council Resolutions 1695, 1718 and 1874. The Council condemned this in Resolution 2087 (22 January). Three weeks later, Pyongyang conducted its third underground nuclear explosion. In response, the Council unanimously adopted Resolution 2094 (7 March) condemning the test and expanding economic sanctions. This was preceded by multiple vitriolic threats from the North. While none of this is unprecedented, the danger of unintended consequences has increased considerably. All sides need to issue more reassuring statements, exercise caution during planned military exercises and, especially, the North must avoid further blatant disregard of its international obligations.

The North’s threats had slight nuances and different audiences. The military’s main target was the U.S-South Korea alliance and the UN Command (UNC) as they begin large combined exercises in the South. It declared the Security Council actions hostile and the annual U.S.-South Korean combined military exercises “the most dangerous nuclear war manoeuvres targeted against the [North]“. The North’s army said it would take practical (but undefined) counter-actions, no longer recognise the 1953 Korean War Armistice as of 11 March, shut down operations at the Joint Security Area in Panmunjŏm and cut off the telephone line to the UNC. The televised statement also declared that all armed forces, including reserves and the Strategic Rocket Forces, were prepared to act according to an “operational plan signed by Kim Jŏng-ŭn” and that the army was ready to counter even a nuclear attack with a “diversified precision nuclear strike of Korean style”.

The foreign ministry’s statement was aimed at the Security Council and particularly the U.S. and South Korea, currently a Council member. While mostly repetitive, confusion was caused by the headline accompanying the official news agency’s English version: “Second Korean War Is Unavoidable: DPRK FM Spokesman”. The Korean could be better (if a little tortuously) translated: “DPRK Foreign Ministry Spokesman’s Clarification of the Extreme Hardline Position Related to the Current Situation whereby a Second Korean War is Difficult to Avoid”. The statement declared that “if the Americans light the fuse of a nuclear war, the revolutionary forces will exercise the right to execute a preemptive nuclear attack against the headquarters of the invaders”. World media reported this as threatening a preemptive nuclear strike against the U.S., but it should be interpreted to mean the North is prepared to retaliate with nuclear weapons against a conventional military attack from the UNC in Seoul.

The foreign ministry’s message was that sanctions will not work, pressure is counterproductive, and the world should recognise the North as a nuclear weapons state. Pyongyang was displeased with China’s support of 2094 and is also trying to signal that the regional security important to Beijing’s development goals will suffer if it implements the sanctions. Meanwhile, the North’s Committee for the Peaceful Reunification of Korea issued a statement renouncing all inter-Korean non-aggression agreements, including the 1992 “Basic Agreement” and the Korean War Armistice, and declaring that the inter-Korean Red Cross liaison office at Panmunjŏm would be closed. The target audience was South Korea, aiming to challenge new President Park Geun-hye and undermine domestic support for the U.S. alliance.

The rhetoric was matched in the South. On 6 March, the Joint Chiefs of Staff spokesman said, more assertively than ever before, that Seoul would respond strongly to provocation, not only directly but also at the command leadership. The defence minister nominee said the South was prepared for every military contingency, including all-out war to topple the Pyongyang regime.

The North’s measures are partly timed to coincide with annual major military exercises in South Korea. Foal Eagle, a joint and combined U.S.-South Korea field exercise (1 March-30 April) includes about 10,000 U.S. troops, mostly from outside the peninsula. Key Resolve (11-21 March) includes some 3,000 from the U.S. and South Korea and a few from the UK, Australia, Canada, Colombia and Denmark. Swedish and Swiss representatives from the Neutral Nations Supervisory Commission are monitoring armistice compliance. The UNC notified the North on 21 February, but Pyongyang always declines invitations to observe. These coincide with large joint exercises in the North. Pyongyang has declared sea/air exclusion zones on both coasts expected to last until the end of March. These zones and reports of mobile missile deployments indicate a possible live-fire missile test.

This is the seventh North Korean renunciation of the 1953 armistice. If it is no longer in force, it means a formal return to war-time conditions but not that an attack is imminent. However, it raises the risk of miscalculation and escalation of incidents. There would be no written agreement constraining either side from new military operations, such as the North’s three statements threatened.

Pyongyang is signaling willingness to accept high risks apparently in belief it has greater resolve than South Korea, the U.S. and the international community. It is trying to respond to condemnation with its own pressure in the hope Seoul, Washington, Beijing and others will tire of heightened tensions, especially if the situation begins to undermine the international economy. The leadership, since it does not face the same accountability as the democratic South, might possibly feel it has an advantage in a game of brinksmanship. There are also two trip wires that would warn it of going too far or that an attack against the North was in preparation: roughly 700 South Koreans at the Kaesŏng Industrial Complex (KIC) just north of the Military Demarcation Line; and tens of thousand U.S. civilians in South Korea. If major military action were considered imminent, both governments would remove their citizens from harm’s way.

Whatever brinksmanship advantage Pyongyang believes it has is balanced by risks. Military action, even heightened tensions, could damage the North’s already parlous economy, producing unintended consequences for the regime. Following the North’s artillery attack against the South in November 2010, war fears among North Koreans leading to food hoarding and financial upset were reported. The economy is not immune to confidence shocks, especially entering a season of depleted food stocks. Food insecurity is worsened by a steep decline in food aid since the December satellite launch. After its disastrous 2009 currency reform, there were reports of dissent and unprecedented official apologies. Tightening sanctions, worsening food insecurity, and bellicose state behaviour could have negative economic effects that could just possibly impact regime stability and predictability.

Mutual deterrence remains robust, but the threat of miscalculation and inadvertent escalation has risen considerably. In a worst-case scenario, retaliatory responses to an accident during either side’s military exercises or a deliberate military provocation could lead rapidly to war with potential first-day casualties in the hundreds of thousands. Even if further escalation is averted, the North’s actions likely will have negative effects on its economy and worsening food insecurity.

To reduce tensions and restore confidence in crisis management: