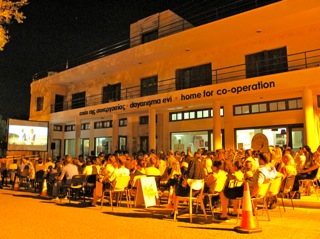 For the tenth time in five decades, Cyprus is bracing for the launch this autumn of a major new round of talks on bi-communal reunification. Anyone seeking wisdom about their chances of success would do well to spend the couple of hours it takes to read James Ker-Lindsay’s clear, concise new handbook, “The Cyprus Problem: What Everybody Needs to Know” (This advice assumes, of course, that you have already taken in our six Crisis Group reports on ways to a Cyprus settlement).

Published after it became clear that the last round of talks, begun in 2008, was running out of steam, Ker-Lindsay approaches the frozen conflict with a light neutrality, helped by a format that breaks down the Cyprus Question into 71 questions-and-answers from “What was British rule like?” to “What was the Acheson Plan?” to the great imponderable that no Cyprus negotiator has ever been able to crack: “What is meant by a bizonal, bicommunal federation?”

The introduction tries to answer another, unspoken question: Why should anyone care about this mid-sized Mediterranean island of 1.1-1.2 million people, where almost nobody has been killed by deadly conflict since 1974? Ker-Lindsay properly says it’s because the issue adds tension to the region’s fault-lines between NATO and non-NATO, Turkey and Europe, and Christian and Muslim. He could have also explored in more detail exactly how much carrying the burden of the non-solution since 1963 has cost the Greek Cypriot and Turkish Cypriot communities, Turkey and the wider region – and especially how the Cyprus problem is a big obstacle to the optimal development of natural gas fields in Cypriot and nearby Israeli waters (see Crisis Group’s report Aphrodite’s Gift: Can Cypriot Gas Power a New Dialogue?).

Five sections then follow in logical progress: social and historical background; the constitutional collapse between 1960-74; division of the island after 1974; key issues; and current and future settlement efforts. An expert adviser to governments on Cyprus issues, the author knows well which president gets a capital ‘p’ and who calls what an invasion or a peace operation. Still, a timeline would have been useful, and some errors and shortcomings have crept in: one typo has the Greek Cypriot rejection of the 2004 Annan Plan at 72 per cent (actually 76 per cent), and the question of how many people live in the Turkish north (at least 300,000, according to diplomats) is not usefully answered by a simple “figures … do not exist”. Rhetorical formulas like “serious”, “important” issues of “very real concern” can occasionally bunch up with the crushing effect of a 45-degree Cypriot summer noon. And the book does not deal with the country’s 2013 euro meltdown, although this, like the absent discussion of East Mediterranean natural gas, has so far made little difference to the politics of the Cyprus Problem.

Still, the book’s easy readability demonstrates how artificial much of the wooden official Cyprus issue literature is. Ker-Lindsay shows how the country can fascinate those who engage with it, precisely because it is “stubbornly immune to all peace initiatives”; how Cypriots seem as unhappy with today’s status quo as with all the status quos before; why it became a “diplomat’s graveyard” in which “lawfare” replaced warfare; and explains paradoxes like the way Greek Cypriots mostly fly the Greek flag and yet no longer feel any of their once passionate loyalty to Greece.

Ker-Lindsay’s greatest service is, however, to show firmly but gracefully where the middle line on major issues lies and where each community’s sensitivities are greatest. He notes where the British tipped the scales (for instance, offering Turkish Cypriots a right to self-determination in 1956), why Greek Cypriots were frustrated with the post-1960 independence arrangements, why Turkey has a point in arguing that the 1974 invasion was legal (or at least the first phase of it), how Ankara and Brussels bungled the 2004 Cypriot entry into the EU and above all where myth parts from reality all through the rival narratives of Cyprus’s post-independence history.

And what of the future? A confederal settlement preferred by Turkish Cypriots, Ker-Lindsay believes, is now more likely than the unitary solution long favoured by Greek Cypriots. Indeed, he even tips his hand to reveal that “many observers increasingly suggest” that a negotiated partition may really be “the ‘best’ solution”. The book’s last question raises the viability of partition again, noting that Greek Cypriots – who have traditionally rejected this idea, unlike most Turkish Cypriots – now have a “growing sense of pragmatism”. Indeed, even among Greek Cypriot nationalists, he finds that “a far wider strand of thinking than outsiders generally realize” supports the idea of staying with the Republic of Cyprus as a separate, all-Greek Cypriot entity.

But politically, Cypriots still seem more comfortable with the old game of questions, rather than answering them. “While partition might represent a logical solution”, Ker-Lindsay says, “it seems likely that negotiations will continue to focus on reunification for the foreseeable future”.