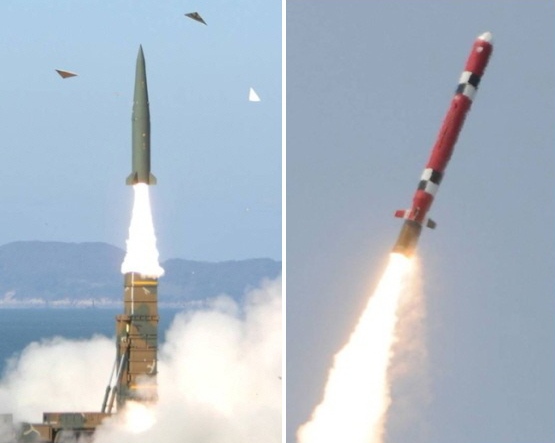 On 7 October (Seoul time), in the middle of a long U.S. holiday weekend and when most American attention was turned to the November elections, the Republic of Korea (ROK or South Korea) announced new missile guidelines (NMG) that extend the range of ballistic missiles to 800km with a 500kg payload.  The NMG also increase the payload of unmanned aerial vehicles (UAVs) from 500kg to 2,500kg.[1] The South Korean government says it will be able to deploy ballistic missiles with the extended range within five years.[2] The increased UAV payload will give the ROK an opportunity to develop a high-altitude UAV with enhanced intelligence, surveillance and reconnaissance (ISR) capacity to support its expanding capability to strike deep into the Democratic People’s Republic of Korea (DPRK or North Korea). END_OF_DOCUMENT_TOKEN_TO_BE_REPLACED

The [North] Korean Committee for Space Technology announced on 16 March that the DPRK would launch the “earth-observation satellite Kwangmyŏngsŏng-3 with the carrier rocket Ŭnha-3.”  The spokesman said the satellite would be placed into a polar orbit from the Sŏhae Satellite Launching Station in Ch’ŏlsan County, North P’yŏng’an Province between 12 and 16 April.

END_OF_DOCUMENT_TOKEN_TO_BE_REPLACED

1 February 2012 by Daniel Pinkston Comments Off

Last Friday, 27 January, the U.S.-ROK Combined Forces Command (CFC) announced the dates for two joint and combined military exercises in the ROK. Key Resolve, an annual command post exercise will be held from 27 February to 9 March, and Foal Eagle, a tactical field exercise, will be held from 1 March to 30 April. The DPRK immediately denounced the exercises, which Pyongyang has labeled an “unpardonable grave military provocation to the sovereignty of the DPRK and a wanton challenge to the international community’s desire for peace and stability in the Korean Peninsula”. The Korean Central News Agency (KCNA) asserts “Key Resolve is a nuclear war rehearsal for aggression on the DPRK” that is “intolerable while the nation is mourning the loss of Kim Jong-il”. Rodong Sinmun calls the exercises “a test nuclear war to invade the DPRK through a surprise attack”. DPRK media reported several appeals throughout January to cancel the exercises even before the CFC announcement.

END_OF_DOCUMENT_TOKEN_TO_BE_REPLACED

Best wishes for a strong and prosperous New Year from Seoul. After several distractions that resulted in a long hiatus from the blog, we look forward to being more active this year. Even before the year of the dragon begins on 23 January 2012, events are picking up pace in North East Asia, not least with the leadership change in the DPRK, which occurred suddenly last month with Kim Jŏng-il’s death and the transfer of power to Kim Jŏng-ŭn.

END_OF_DOCUMENT_TOKEN_TO_BE_REPLACED

26 July 2011 by Daniel Pinkston Comments Off

North and South Korean diplomats held informal talks during the ASEAN Regional Forum meeting last week in Indonesia and declared they would work together to “re-start the Six-Party Talks as soon as possible.” Wi Sung-lac (Wi Sŏng-nak), the ROK representative to the talks, and his DPRK counterpart Ri Yong-ho (Yi Yong-ho) described their meeting on 22 July as “frank, serious and constructive” and both reaffirmed their commitments to implement the September 2005 Joint Declaration to denuclearize the Korean peninsula.  ROK Foreign Minister Kim Sung-hwan (Kim Sŏng-hwan) and DPRK Foreign Minister Park Ui-chun (Pak Ŭi-ch’un) also met briefly the following day.

After the North-South meetings in Bali, media reported that DPRK Vice Foreign Minister Kim Kye-gwan will visit New York around 28 July. If Kim visits the U.S., the first two-steps of China’s long-standing three-step proposal to recommence the Six-Party Talks nominally will have been completed. Beijing’s proposal has been on the table since 2009 and includes a North-South bilateral meeting, a U.S.-DPRK bilateral meeting, and a preparatory Six-Party meeting before a full plenary. However, a few significant obstacles remain.

END_OF_DOCUMENT_TOKEN_TO_BE_REPLACED

27 April 2011 by Daniel Pinkston Comments Off

Recent events in the Middle East have led to speculation about contagion and possible effects on the Democratic People’s Republic of Korea (DPRK or North Korea). The events in the Middle East began in Tunisia, but were unexpected and progressed mostly in unpredictable ways. The pattern and evolution of contagion showed that each case of rebellion or revolution is different in terms of elapsed time, amount of violence and political outcomes.

No polity is permanent or indestructible. The most sustainable political systems are those that adjust to domestic and international change. Those systems lacking mechanisms for reform and change inevitably face challenges that often are characterized by violence. Past waves of democratization and the recent events in the Middle East raise several questions about the nature of authoritarian regimes. What triggers instability, regime collapse or revolution? Why are some authoritarian regimes more resilient than others? Can we identify ideological, cultural and/or institutional aspects of authoritarian regimes to help understand the prospects for democratization?  Can we predict or prepare for rapid changes in authoritarian systems? And if so, what role should various international actors play in such a scenario?

END_OF_DOCUMENT_TOKEN_TO_BE_REPLACED

1 April 2011 by Daniel Pinkston Comments Off

Recently, the Japanese and South Korean press reported that Seoul and Washington were close to revising a bilateral agreement to permit an extension of South Korean ballistic missile ranges to 800km[i].  Republic of Korea (ROK) ballistic missiles are road mobile, so an 800km-range would give them the capability to strike anywhere in North Korea even if launchers retreated to the “Pusan perimeter.” However, any such U.S.-ROK agreement is very unlikely. 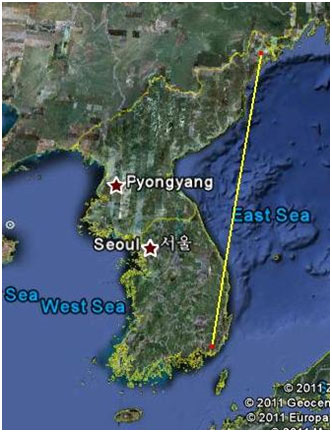 END_OF_DOCUMENT_TOKEN_TO_BE_REPLACED

7 March 2011 by Daniel Pinkston Comments Off

The U.S. and South Korea have begun two combined military exercises. Key Resolve, a command post exercise that mostly involves computer simulations, officially began 28 February and is scheduled to last 11 days.  Foal Eagle, a field exercise, also began on 28 February and will last until late April. The exercises drew the usual condemnation from North Korean authorities, as well as from some Chinese pundits and some South Korean dissident groups. The United Nations Command informed the KPA of the exercise schedule on 15 February and described them as “defensive in nature and routine”.

On 27 February, the KPA representative to Panmunjŏm issued a statement declaring,  “the exercises are aimed to ‘destroy’ the system of the DPRK” and therefore,  “its army and people will go into an all-out offensive to put an end to the U.S. imperialists’ military occupation of south Korea and the anti-popular ruling system of the group of traitors”.