14 May 2013 by Latin America & Caribbean Program Staff Comments Off 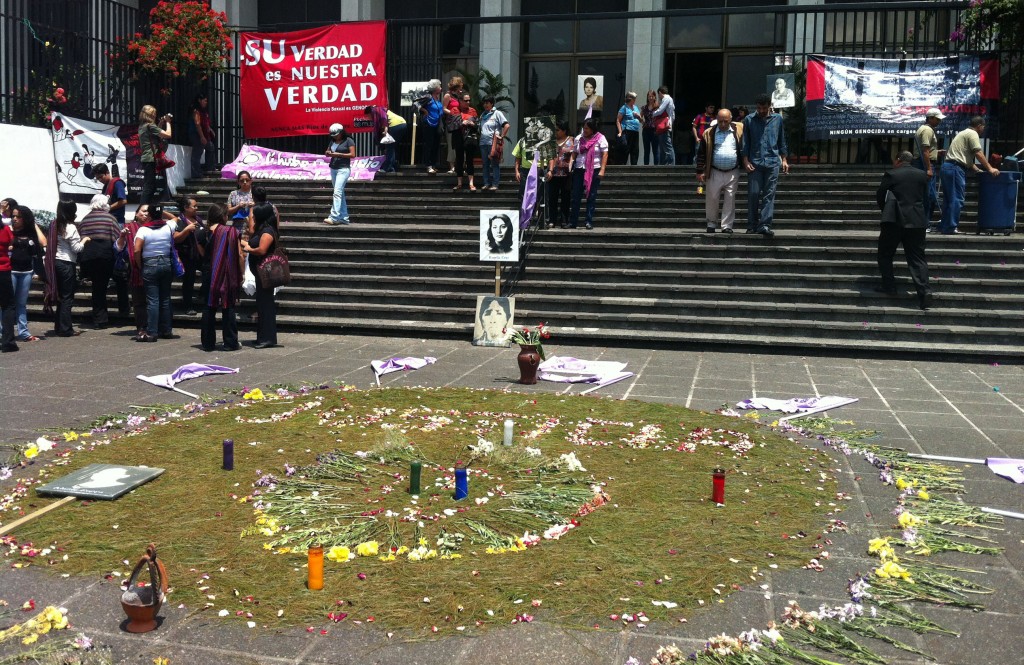 Please note that this blog post is also available in Spanish.

In a historic decision, a Guatemalan court convicted former military dictator José Efrain Ríos Montt on 10 May of genocide and crimes against humanity for the massacre, torture, rape and forced displacement of indigenous villagers during counter-insurgency campaigns in the early 1980s. The verdict is unprecedented: never before has a national court found a former head of state guilty of genocide. It sends a powerful message: no one is above the law and everyone – including indigenous communities long marginalized by discrimination and poverty – has the right to seek justice in the courts.

END_OF_DOCUMENT_TOKEN_TO_BE_REPLACED

1 May 2013 by Latin America & Caribbean Program Staff Comments Off 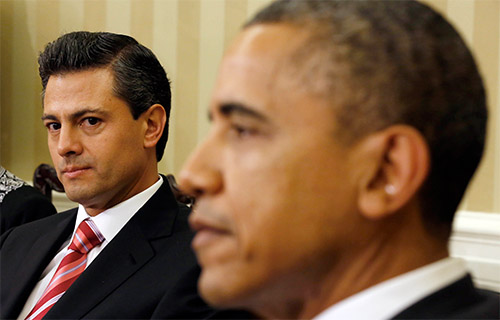 President Obama’s visit to Mexico and Costa Rica this week is billed as an encounter on economics and democracy, but crime and security will be hard to ignore. Mexico is experiencing a marked revival; it is listed 11th in global purchasing power and does $500 billion a year in trade with the U.S. In Costa Rica, President Obama will highlight the democratic stability of a country that decided more than 50 years ago to do without an army. However, in both countries citizen security is now the main public concern amid unrelenting violence by Mexican criminal cartels engaged in extortion, kidnapping and cocaine trafficking. Crisis Group covered this issue in depth in our inaugural report from Mexico in March.

President Obama could take four decisions on the trip that would make his counterparts happy and help anticipate the June Organization of American States General Assembly debate on counterdrug policy and crime.

First, he could announce a blue-ribbon presidential bipartisan commission to review U.S. counterdrug policy, taking into account the views of the Latin American Commission on Drugs and Democracy blue-ribbon panel and the forthcoming OAS report on that issue, which should be made public soon.

Second, he could pledge to share more intelligence and more money in response to the new Mexican security plan on police and justice reform. He could also support Mexican president Peña Nieto’s community violence prevention plan, which is designed to reduce poverty among youth. Together, Peña Nieto and Obama could pledge to do more on violence prevention and security reform not only in the Northern Triangle area of Central America but throughout the isthmus, no part of which is free of gang and cartel-driven violence.

Third, while much needs to be done to bolster institutions south of the border, the U.S. can help Mexico and Central America the most by putting its own house in order, by stopping the flow of assault weapons across its borders and toughening money laundering laws.

Finally, President Obama is likely to face questions in both countries about immigration reform, a concern throughout the region and an issue he promised to make a high priority at the Summit of the Americas four years ago. He should have an answer ready. 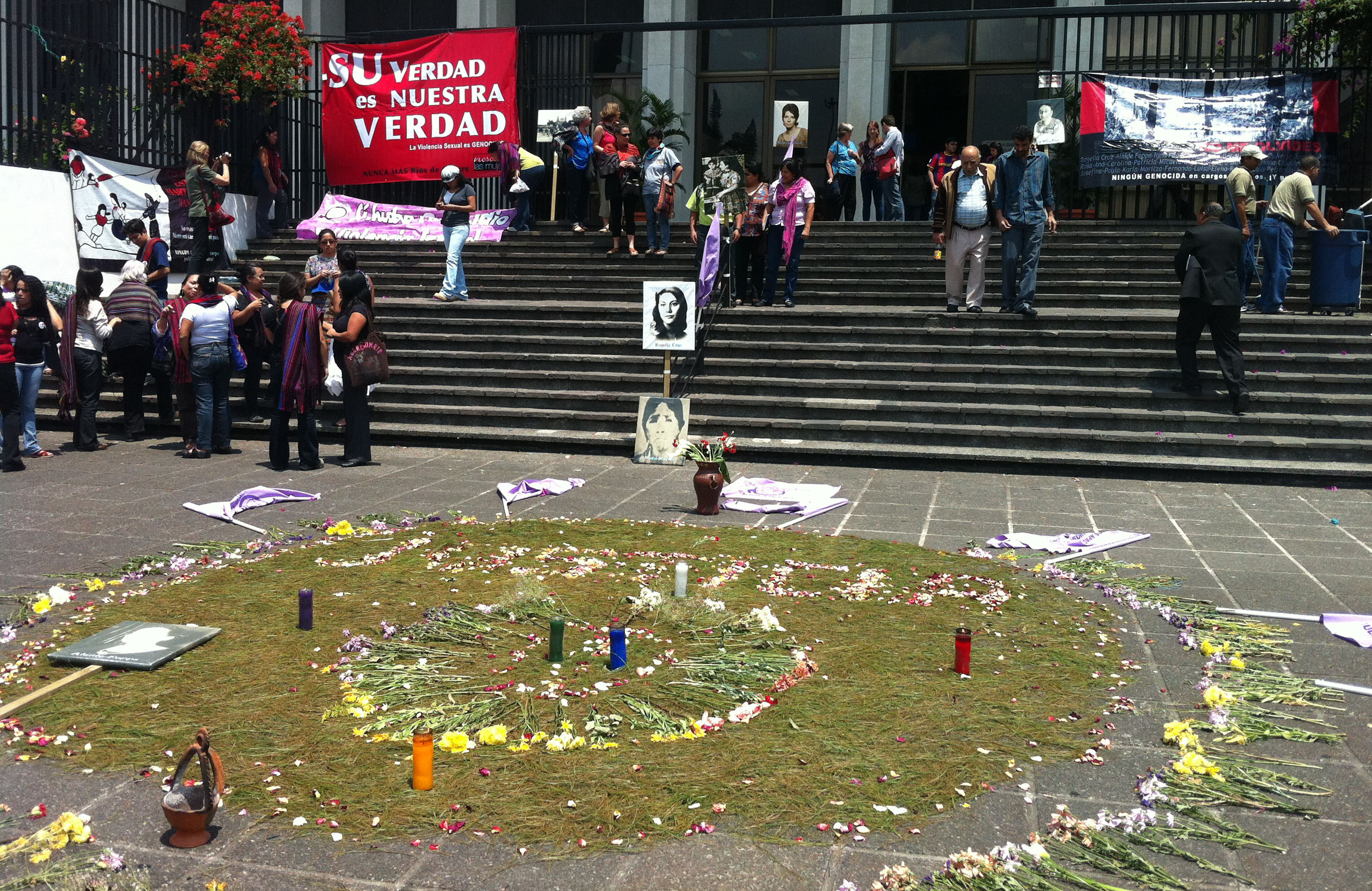 Please note this blog post is also available in Spanish.

A historic case is unfolding in a Guatemalan courtroom: the trial of former military president José Efraín Ríos Montt on charges of genocide and crimes against humanity. The case sets a precedent not only in a nation whose justice system has barely begun to investigate abuses committed during the 1960-1996 armed conflict, but also internationally. This is the first time an ex-head of state has faced genocide charges before a national rather than an international court and is a key test of judicial independence for a still fragile democracy.

Crisis Group’s Guatemala Project has been attending the trial. We spoke with Senior Analyst Mary Speck about the case and its significance for Guatemala’s justice system.

END_OF_DOCUMENT_TOKEN_TO_BE_REPLACED

7 February 2013 by Christian Voelkel Comments Off 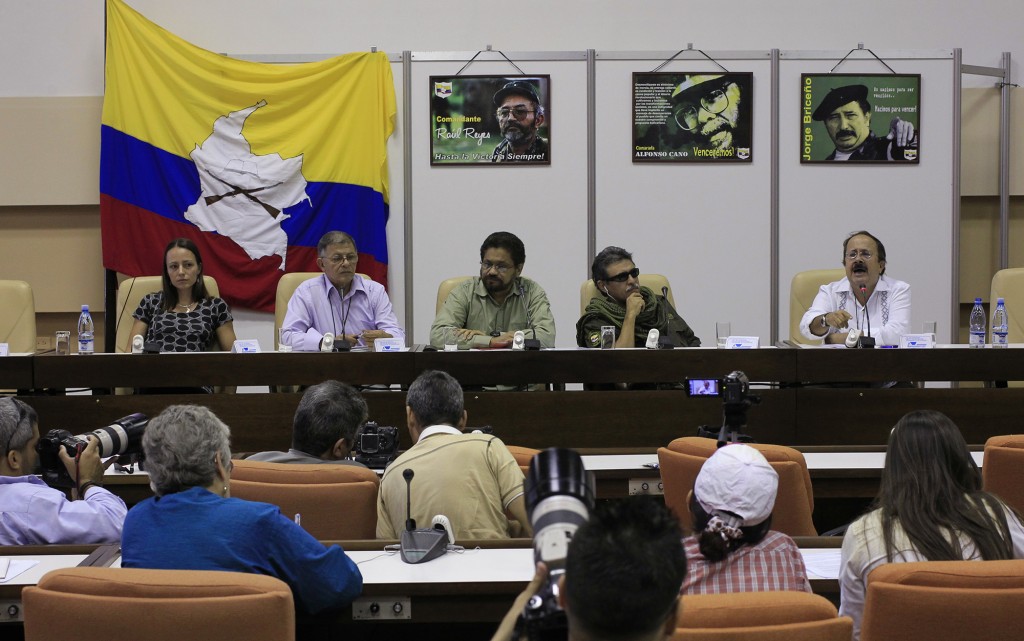 Despite tensions triggered by FARC’s kidnapping of three members of the security forces last month and the military killing of a high-ranking guerrilla commander, the current peace talks with the Revolutionary Armed Forces of Colombia (FARC) stand a fair chance of ending five decades of guerrilla warfare in the South American country. But local authorities in conflict zones remain ill-equipped to cope with the challenges they will face if a peace agreement is reached.

This lack of preparedness partly reflects the long-standing institutional weaknesses of many departments and municipalities. But the centralised nature of the current peace talks has arguably further complicated the situation for many local authorities. Negotiations are taking place in Havana, the capital of Cuba (which also serves as one the official guarantors of the process), and the relatively small government negotiating team does not include representatives of regional or local interests. As the talks are being conducted on a confidential basis, the space for direct participation has been limited, although a series of initiatives, including a webpage, regional discussions organised by the peace commissions of Congress and a civil society forum in Bogotá on rural development, has provided participatory channels.

END_OF_DOCUMENT_TOKEN_TO_BE_REPLACED

A child walks in a peace parade in Colombia 14 June as part of preparations for the release of 70 soldiers being held by FARC. Photo: AFP

Ten years after the end of the last serious attempt to reach a political settlement with the Revolutionary Armed Forces of Colombia (FARC), fresh peace negotiations between the government and the guerrillas will begin in Oslo later this month. The talks have better chances to prosper than past peace attempts, but there are some daunting obstacles, including political resistance or possible violence from spoilers (as analysed in our recent Colombia: Peace at Last?).

A set of commonly held ideas over the driving forces behind the five-decades-old conflict, its effects on the country, and the reasons for the repeated failure of peace talks could make success even harder to achieve. Misunderstandings such as the ones discussed below are not just unwarranted simplifications; they have practical implications too, as they condition what could and should be offered to the guerrillas as well as which steps should be taken to build the lasting peace which has proven elusive for so long.

END_OF_DOCUMENT_TOKEN_TO_BE_REPLACED

23 August 2012 by Bernardo Jurema Comments Off

First, they receive a letter or a mobile phone, which relay demands for daily payments of 50 to 100 quetzales ($6 to $12), more than half of what most bus drivers earn.  Then the threats begin:  drivers are told to pay up or risk losing their buses or even their lives.

For Contrauvin, a commuter bus cooperative founded more than 50 years ago in Villa Nueva, a city southwest of the capital, the extortion started in 2002. Samuel Rodriguez Prado, a bus driver and currently president of the cooperative, explains that members would report the racket to police, but to no avail. “We would file the complaints, the police would provide security for a short while, but there was no continuity”, he says.

END_OF_DOCUMENT_TOKEN_TO_BE_REPLACED

8 June 2012 by Christian Voelkel Comments Off

When Martin Farfán was captured in December 2009, hopes were high that violence would fall in one of Colombia’s most dangerous regions. By that time, Farfán, alias “Pijarbey”, was second-in-command of the Popular Revolutionary Anti-Terrorist Army of Colombia (ERPAC), a 700-strong illegal armed group that controlled drug trafficking and sowed terror in the country’s vast Eastern Plains.

Less than four years later, hopes have been dashed that his arrest would fundamentally change anything. It is now clear that the only way for the government to stop the violence is to complement its increasing law enforcement capacities with better policies to dismantle groups such as ERPAC, prevent their rearmament and protect victims.

END_OF_DOCUMENT_TOKEN_TO_BE_REPLACED

21 February 2012 by Christian Voelkel Comments Off

Colombian officials like to say that a recent law mandating the reparation of four million victims and the restitution of millions of hectares of stolen land will suck the political oxygen out of Latin America’s longest-surviving guerrilla movement. But can the government of President Juan Manuel Santos deliver on the implementation of the changes that are fiercely resisted by regional power groups?